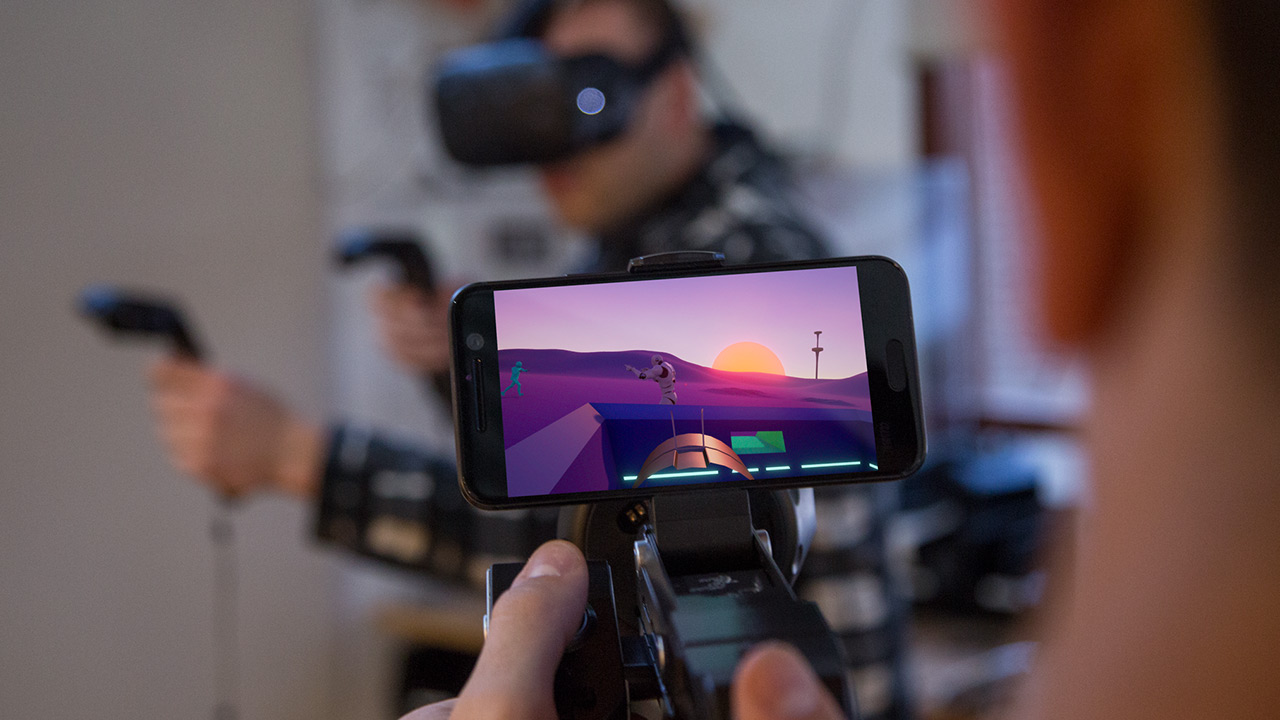 We debuted our first multiplayer mobile room scale experience at CES this year, and we were actually quite surprised to see how many people actually had alot of fun playing our game “Cover Me!!”. Quick background: “Cover Me!!” is a cross-platform multi-player experience where a person plays in VR alongside his friends who use their cellphone or tablet to blast away waves of enemies. I know what your thinking… “typical wave-based shooter yada yada” BUT by using Vive trackers and attaching them to your cell phone or tablet you have full room-scale tracking ability just like the Vive system. Throw in a few Bluetooth guns and next thing you know you’re shooting laser blasters back-to-back with your buddy in VR, fully aware of each other in the game and working as a team. For us, this solved the problem of going over to a friend’s house and watching them having the time of their lives while you sit on the couch waiting your turn. Now you can play along with them!

Since Vive trackers are available to the public, we thought we’d share how to make a mobile room-scale experience. This could be done in Unity or Unreal Engine, but in this specific tutorial We’ll be showing you in Unreal Engine 4.15. Difficulty: intermediate

One thing to know about the VIVE Tracker is that while they were designed and produced by Vive, the core tracking technology comes from SteamVR (Valve). The trackers use a proprietary Bluetooth connection that requires SteamVR to be running. Currently SteamVR does not run on ARM processors which most(all) phones use. To solve this, we need to replicate the position of the trackers from the VR computer to the other mobile players. Sounds kind of rough but honestly isn’t that bad and over a local network there is no noticeable latency.

If this is your first time building a multiplayer game I highly recommend checking out this tutorial: Blueprint Multiplayer Shootout Game and having a good understanding of replication and how it works inside of UE4. From there let’s handle sending position to the other players. 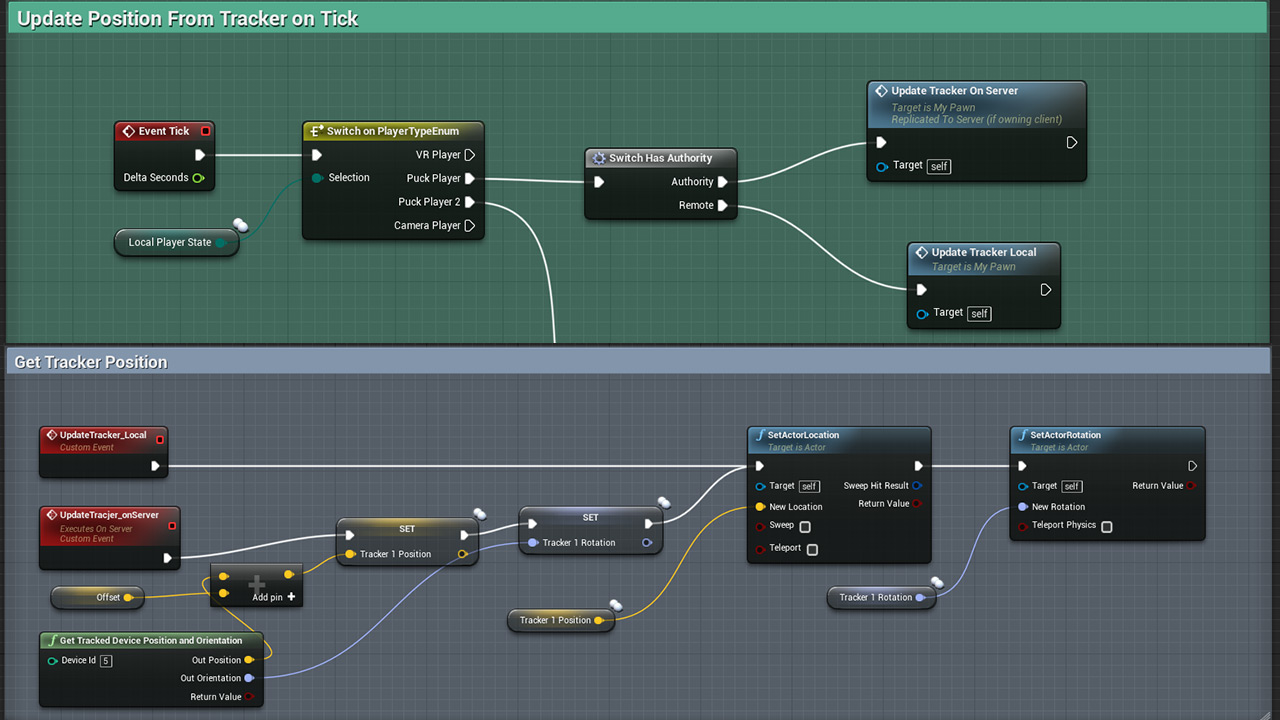 As you can see in the image above it’s a fairly simple setup. We’re identifying if the player is a VR player or Tracker Player (this is stored when player joins game) then we check if this event is happening on the Server or on a remote client (switch has authority node). Notice the custom events being called on tick (red). They are slightly different and this is important. Since we know we can only get position values from a tracker on the PC running SteamVR we only want that PC setting our variables and then broadcasting over the network. We do this by setting “Execute on Server” this prevent us accidentally setting the tracker position variable on a device that doesn’t even have Steam VR running.

We use the built in “Get Tracked Devices Position and Orientation” node using the index of the tracker. We know its id “5” in this case because we are assuming we have base stations (0 & 1), HMD (2), Left and Right controllers (3&4) making the two trackers connect (5 & 6). You could add additional logic here but for sake of example we hard coded.

Once you have this setup and working locally now it’s time to package your game for android and PC. Start your PC server first then it should be straightforward to connect mobile devices as long as you’re on the same network. One “gotcha” to look out for, that Unreal by default assumes you’re not going to be connecting over LAN, to force this edit your “DefaultEngine.ini” file located in your projects config folder by adding the following anywhere in the file:

Hope this helped and let us know if you run into any issues.