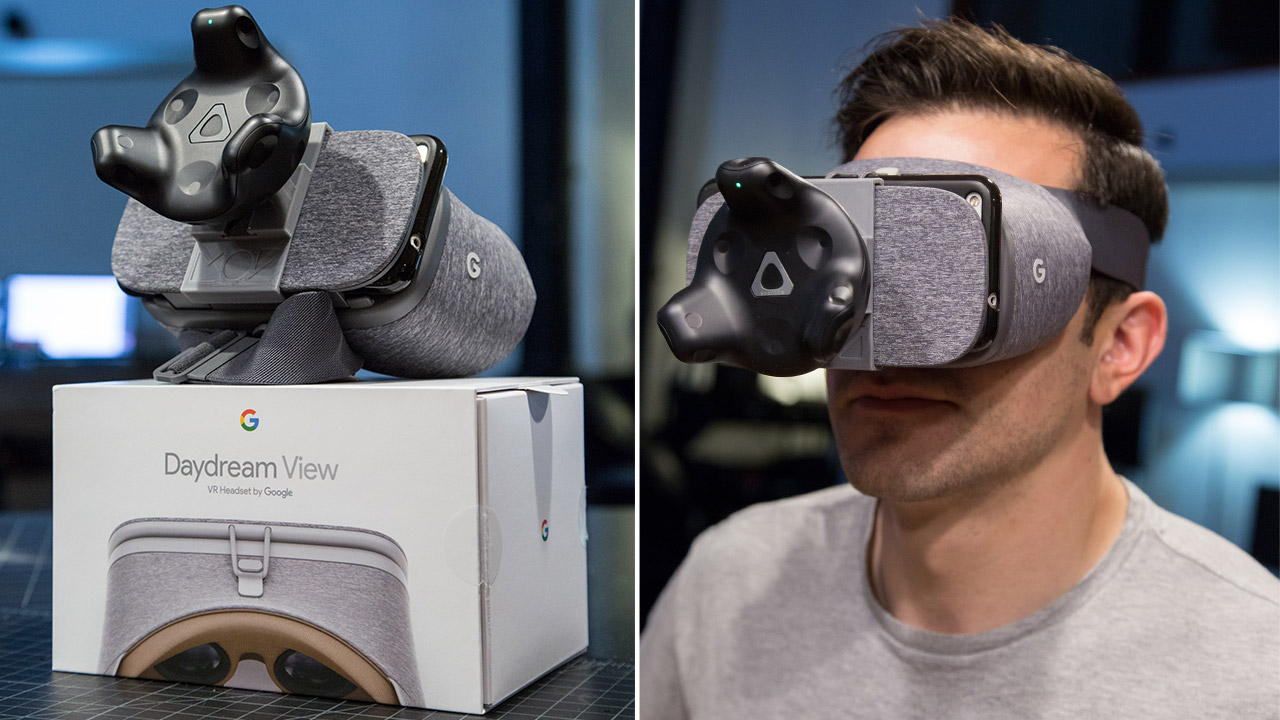 We are big fans of the new HTC Vive tracker  and have been lucky to have early developer access. At CES we used the trackers for our mobile room scale experience “Cover Me!!” , which allows players to use their mobile devices along side a VR teammate. But we see alot more potential for the trackers… One thing that has been on our minds as of late is the Google Daydream Headset and I have to say its pretty solid. While it doesn’t match the tracking capabilities or graphics of a desktop HTC Vive experience the Daydream is wireless and the pixel resolution is a good bit higher (1440×1280 px per eye).  Now wouldn’t it be awesome if you could have the room scale tracking ability of the Vive with the wireless higher res Daydream….? To the lab!!!

Combining the Vive Tracker with Google Daydream seemed like a perfect combo. From our previous experience with the Vive trackers we have already solved how to stream their position data to android devices so the only next step was designing a way to hold it on the Daydream. We contemplated creating a head strap to mount on top of your head but for sake of quickness we decided to just mount directly to the Daydream with a custom 3d mount. (this might change revision 2) Our trusty 3d printer came in handy,  a quick model in 3d software of choice followed by a lucky first try fit and we were in business. The Vive Tracker has a universal tripod mount on the back so using that in combination with a tripod hot shoe for dslr camera’s gave us a snug strong fit. 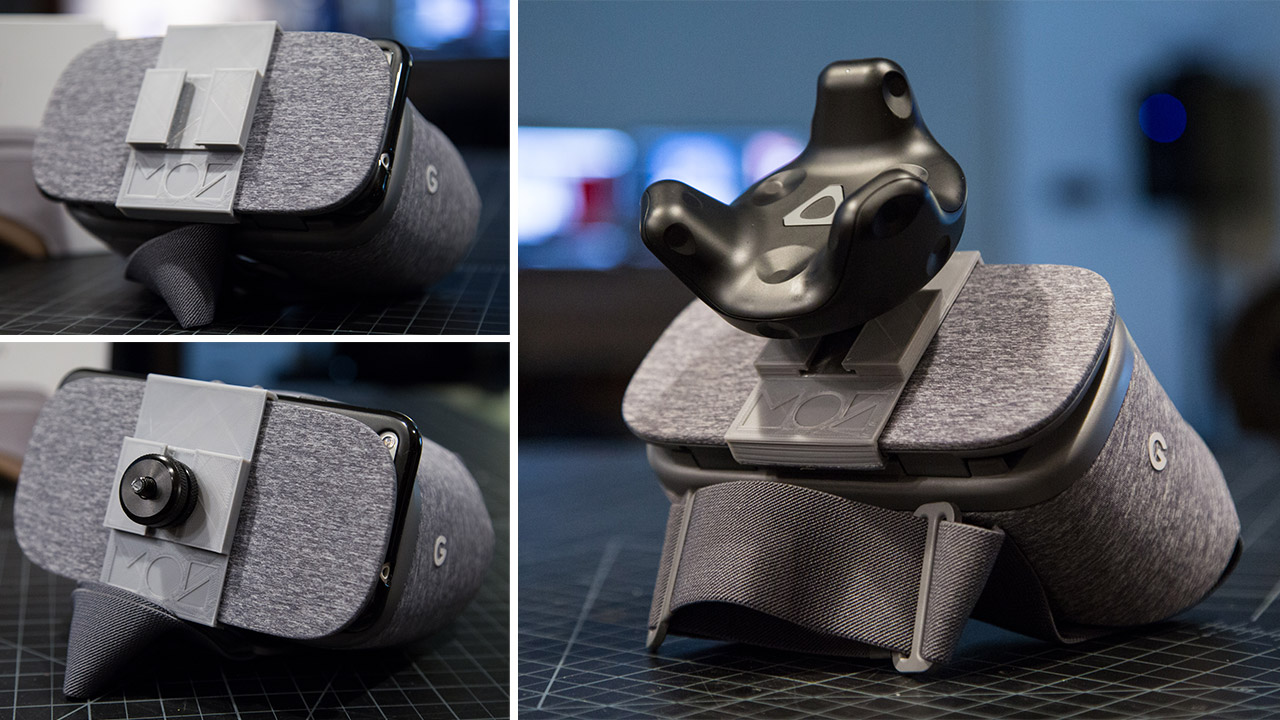 Now I’m sure your wondering but is it as good as the Vive? In short, NO…. its hard to compete with tracked hand controllers, desktop graphics and a wider field of view so Vive is still the winner here. But!! I will say the daydream with added room scale is pretty awesome. There is something really cool about having no tether and sharper resolution.  The big downside for now is that there aren’t any room scale games for Daydream (minus ours I guess) so we just ran a demo of our game “Cover Me!” modified to support the tracker and new headset.  In the future I could really see this expanding (we aren’t finished yet!) 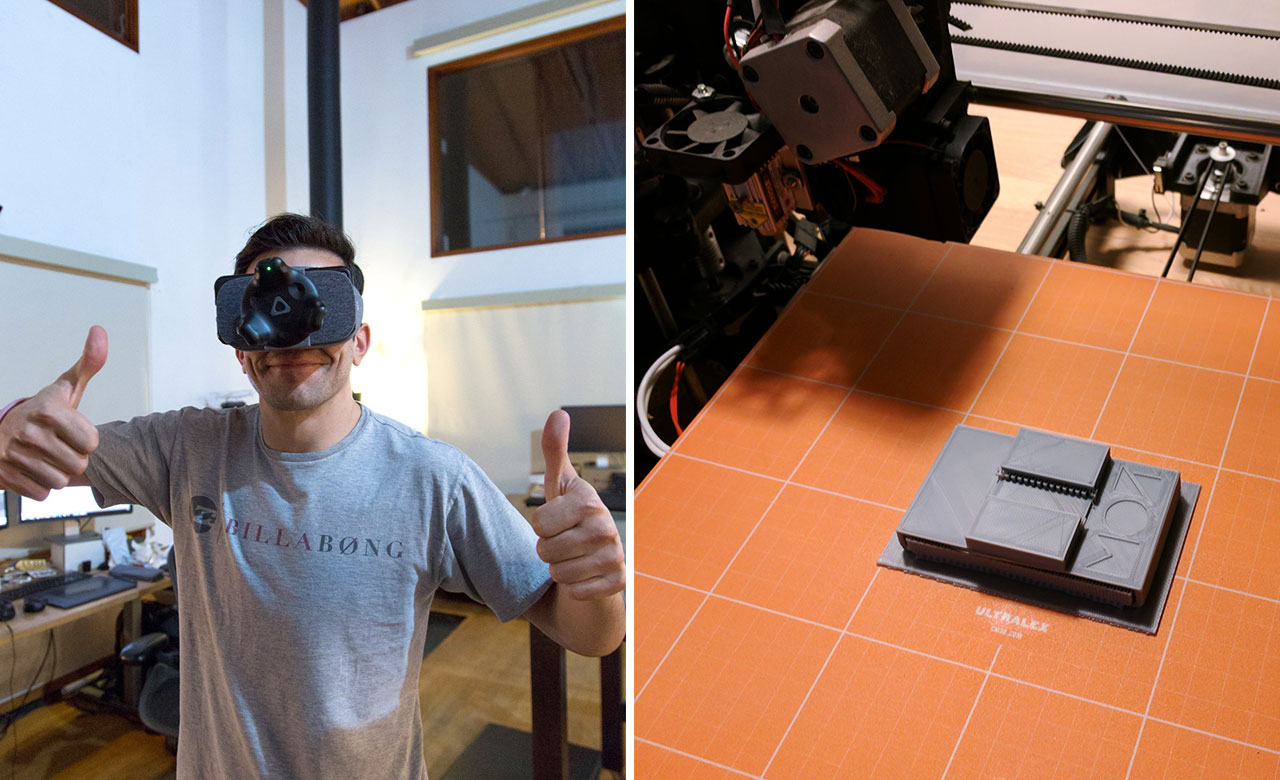